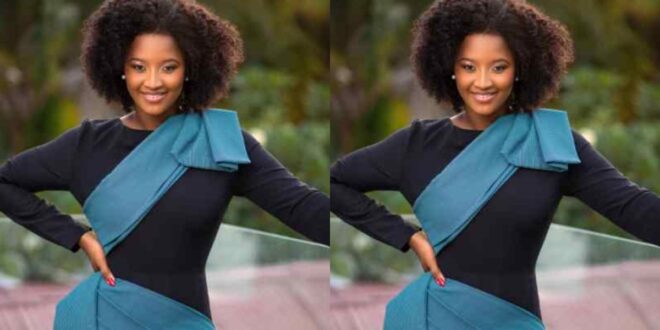 Nowhere Cool: After less than a year, Angela Bamford quits her job at GHOne

Angela Bamford, the former Kwese TV anchor, has laid down her tools for working in the EIB network.

The news is that Angela Bamford, who joined GHOne less than a year ago, will not appear on screens anymore.

Angela, like several other EIB personnel, such as Geovani Caleb, Mz Gee, Mz Dru, and others, is rumored to have quit the TV channel for monetary purposes, although this has not yet been proven.

Before her abrupt departure, Angela anchored the talk show, TLS, and even read business news on GhOne.