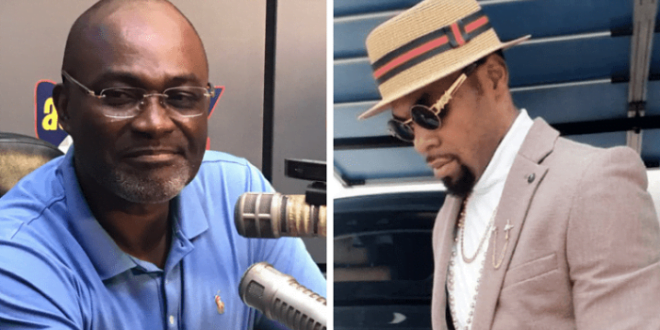 Ken Agyapong warned Rev Obofour to be patient otherwise he will reveal him in his most recent appearance on NET2 TV on Monday, April 26, 2021.

According to the MP, Obofour spoke with him and debated a variety of topics with him, and he did not hesitate to reveal what they discussed.

Ken Agyapong, in a tip of the iceberg, claimed that Obofour has been deceiving citizens in order to amass money.

“Obofour, you must be patient otherwise I will expose everything you told me,” he cautioned, “because you cannot afford to deceive innocent citizens in order to amass wealth.”

Ken Agyapong went on to chastise representatives of Obofour’s church and other similar churches for allowing their decisions to be made by these pastors.

But, quick forward to now, Rev Obofour has clapped back, claiming that no man born of a woman will fuck or worse, screw with him.

Now that the battle lines have been drawn, we should expect further revelations in the coming days.

LISTEN TO THE VIDEO BELOW:

ALSO READ  "I will never talk against Akuffo Addo even if I am drunk"- Fella Makafui.
Share