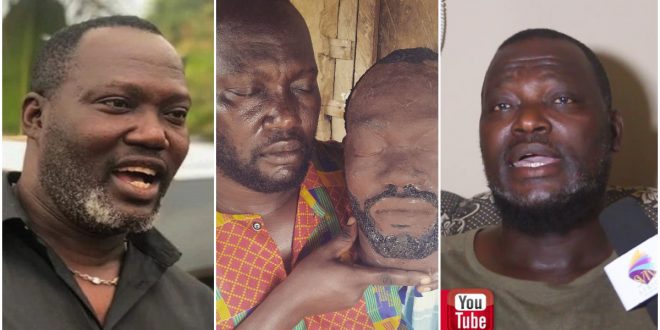 “No Kumawood actor or actress contributed even a pesewa to Bernard Nyarko when he was sick”- Elder brother reveals. (video)

The elder brother of Bishop Bernard Nyarko, has reacted to reports that some kumawood actors and actresses donated an amount of money to the family to take care of Bernard Nyarko when he was sick.

According to him, not even a pesewa was donated to help save his brother and that those reports were false.

He added that, no one even made an attempt to visit and see how well his brother is than to talk of donating money.

he made this revelation in an interview with Adom tv.