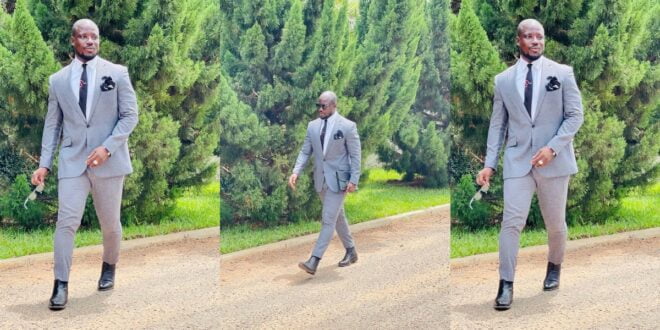 Stephen Appiah, a former Ghana Black Stars player, recently posted some eye-catching pictures of himself dressed up and looking dapper.

Stephen Appiah revealed in the photographs that he had been underestimated since the beginning of his career, but now he is at the core of it all.

He wrote in the caption of his photo:

Stephen is dressed to the nines in the pictures spotted by buzzgh.com.