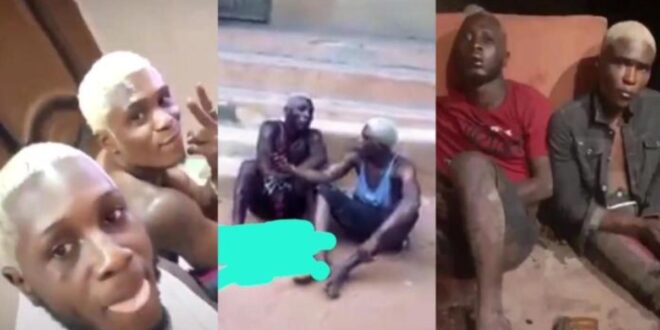 The boys could be seen sitting on the ground after being beaten by security officers in a video that has gone viral.

The offenders had uploaded a video of themselves smoking and listening to native music in a hotel room.

When they were apprehended, though, things seemed to have gone the other way.

One of the boys was clearly injured on his head due to the bruises he had suffered from the cops’ brutality.

watch the videos below; swipe…