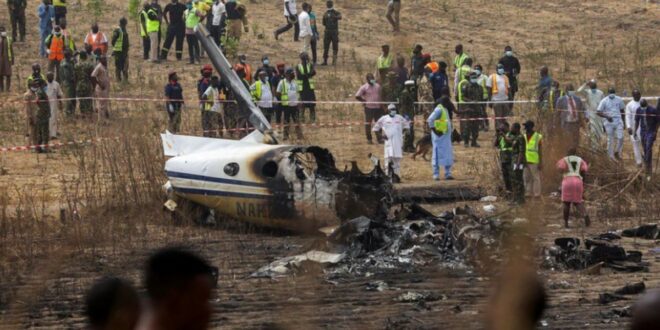 According to reports, seven people died after a Nigerian military plane crashed on Sunday morning short of a runway in the capital of Abuja. 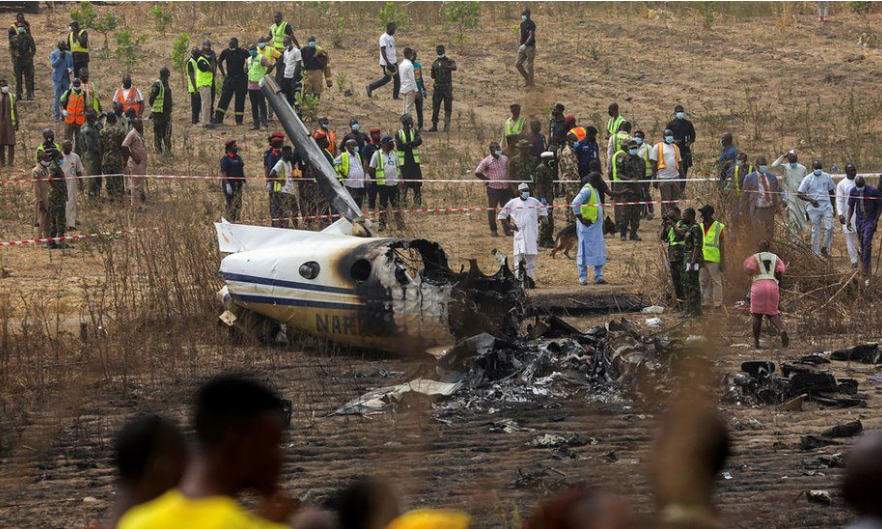 The Nigerian Air Force aircraft had confirmed a failure of the engine, tweeted the military spokesman.

The plane was en route to Minna, in the northern state of Niger, to try to rescue 42 kidnapped citizens.

An urgent inquiry has been requested by the Chief of Air Personnel.

The air force asked the public in a series of tweets to “stay calm & await the outcome of the investigation.”

Air Force spokesman Ibikunle Daramola, Vice Marshal of the Air Force, said all those on board the small aircraft had died.

ALSO READ  So Sad! People Troop To Sir John's House In Tears Over His Death - Video

Witnesses state that they heard a loud sound, then the aircraft burst into flames, Ishaq Khalid of the BBC says.

the aircraft was on a mission to try to rescue 42 persons, including students and staff, who were kidnapped from their boarding school in the town of Kagara on Wednesday after the engine failed Vice Marshal Daramola told the BBC.

below is a video from the scene;

This is to confirm that a Nigerian Air Force (NAF) Beechcraft KingAir B350i aircraft crashed while returning to the Abuja Airport after reporting engine failure enroute Minna. First responders are at the scene. Sadly, all 7 personnel on board died in the crash