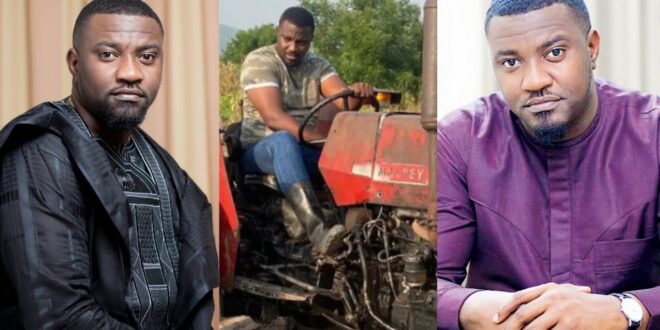 A new video of John Dumelo riding a tractor on a farm has surfaced, just days after Buzzgh.com announced that he had harvested three tons of ginger on his farm.

Anyone who has been watching his adventures over the last few years will not be surprised.

Dumelo gave a TEDxOsu talk in January 2019 on the subject of “How to Expand Agriculture in the Next Century in Africa to Feed the World.”

At the 2019 TEDxFasoKanu, he also discussed how to make African agriculture great again and how to empower the continent’s economies.