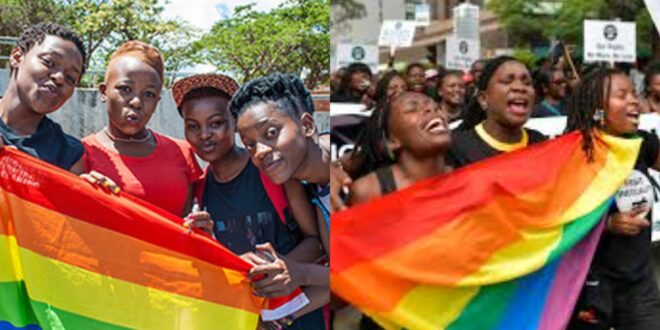 In Accra, another LGBTQI office has popped up. In Ashongman, a suburb of Accra, this new office for Lesbian, Gay, Bisexual, Transgender, Queer and Intersex (LGBTQI) advocates was discovered.

The Kwabenya Traditional Council in the GA East Municipality of the Greater Accra Region discovered the office.

According to him, they had a tip off about a meeting last Wednesday held by the group and had to take action because that day was sacred to the community, making their meeting on the land an abomination.

He mentioned that since their act is against the laws of the country, the Traditional Council will not accept that development, adding that they will not allow such an abomination to continue in their immediate area.

“We won’t sit down for Kwabenya to gain a bad name that the LGBT meeting grounds or office is located at Kwabenya Ashongman. No way. We don’t need them here, they should just leave here because it is an abomination,” he warned.

Following the opening of an office to promote community activities, the lesbian, gay, bisexual and transgender problem has been raging in Ghana.

Nii Nyomo said the chiefs have started investigations into the matter and will ensure that they know and deal with where and how they got that house and those behind them.

If they refuse to leave the house, he added, “We’re going to make sure that something awful happens because we don’t want these people to come and destroy our youth at Kwabenya.”