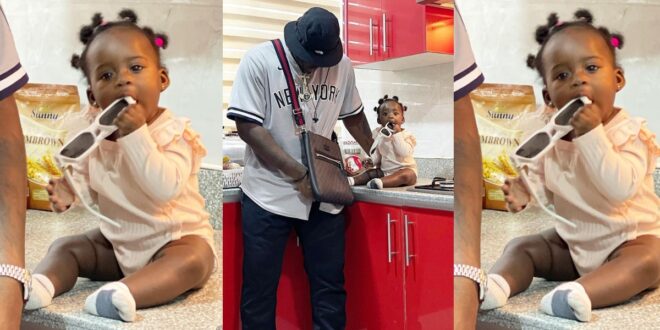 Rapper Medikal and his wife Fella Makafui welcomed their first daughter a few months back, and the pair initially refused to show her face until Medikal used her as the cover of his record.

New photos of the AMG rapper have surfaced online, two of which show him and his daughter.

The two were photographed in the kitchen, with Island sitting with her shades in her hand and Medikal standing beside his daughter, his attention focused on the ground.

Fella identified Medikal and their daughter as her babies in response to the photos.

check out below; swipe for more…