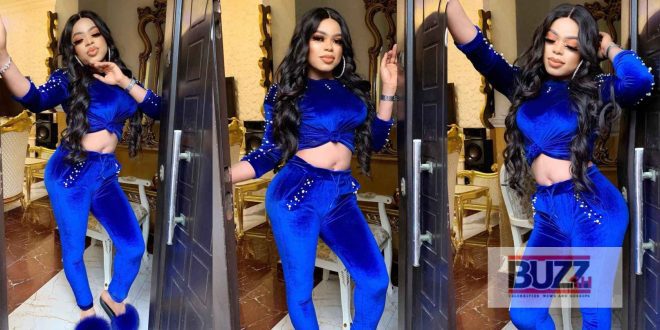 Netizens Fires Bobrisky After His Manhood Was Spotted In New Photos

Nigerian cross-dresser Bobrisky has been lashed out by social media users after his manhood appeared in his new photos.

we all know Bobrisky to be displaying the life of a woman and has been claiming he has undergone lots of surgeries to look exactly like a woman.

Bob once not long ago showed off what is beneath him but hide his front view which netizens were confused about whether he has gotten rid of his manhood or not.

well, new photos of Bobrisky have received backlash from Netizens as his manhood appears in there.

according to Netizens, Bobrisky lives an audio lifestyle since his claims of getting rid of his manhood is a big lie.

ALSO READ  "If Your Boyfriend Cheats On You, Don't Fight Him, Sleep With His Father Instead" - Bobrisky Advises (Screenshot)

check out the photo below and judge for yourself;