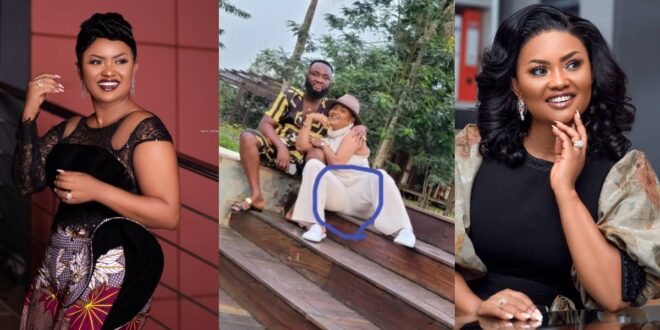 Nana Ama McBrown dey hurry so much,” has been the town’s catchphrase, with netizens claiming Nana Ama is doing everything she can to save her marriage to Maxwell Mensah from collapsing.

As a result, internet users have identified Nana Ama McBrown as one of the female celebrities who is desperate for a curvy figure.

McBrown was seen sitting in front of Maxwell on the stairwell in a photo that went viral, and the IG police noticed that her undergarment had separated into several pieces as if it was not her skin.

Felicity Ama Agyemang, better known by her stage name Nana Ama McBrown, is a Ghanaian actress, TV host, and music artist. Her appearance in the television series Tentacles catapulted her to fame.

see the photo below;