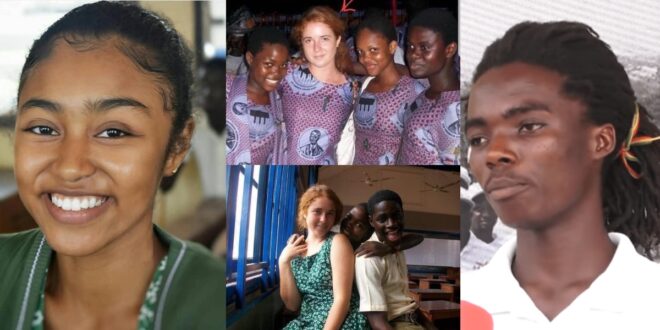 Netizens blast Achimota After they were exposed of admitting white students with long hair.

Achimota Came under the spotlight after the school declined admission to two rasta boys because of their hair.

Many Ghanaians voiced out their displeasure and mounted pressure on the Ghana Education Service who quickly took action and directed the school authorities to admit the boys.

Few days after, social media is buzzing once again after it was found out that, the school admitted students with long hair in the past.

What has triggered anger in most Ghanaians is that the admitted students were white or light skinned, why would the school admit white people with their natural long hair but refuse to admit black Rasta students who also have long hair.