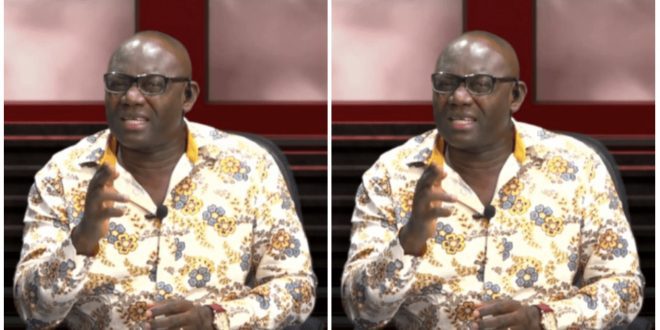 Net 2 TV host Kwaku Annan has finally reacted to a video Anas released recently that captures him taking a bribe to make false accusations on people.

Kwaku Annan is recently noted for digging deep and bringing out secrets about popular ‘fake’ men of God on Net 2 TV alongside Kennedy Agyapong. Barely a week ago Ghana’s number one journalist Anas turned his investigations at Kwaku Annan and brought out a video that captured him taking bribe.

In reaction to the video, Kwaku Annan claims the video of him taking the bribe is from three years ago and he cannot understand why he has brought it up particularly at this time.

He mentioned that Reverend Obofuo is one of the pastors who teamed up with Anas to destroy his reputation with that video but they have failed terribly at it.

He added that he would spend any money that comes his way a million times and disgrace anyone who makes it looks like it has taken a bribe.