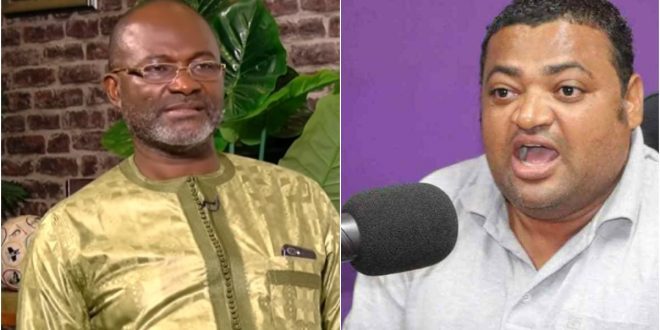 The member of Parliament for Assin Central, Honorable Kennedy Agyapong, has been sued by the NDC’s Joseph Yammin.

Yammin’s is seeking Ghc 92 million in damages from Kennedy Agyapong and his Station Net 2 Tv for openly calling him a murderer on live TV.

In a court warrant issued to the member of Parliament for Assin Central, Yammin and his lawyers also want Kennedy Agyapong to apologize for his comments on the same station, 3 times daily for a year.

Obinim with his channel Net 2 has been a platform to expose fake pastors and also many claims the station is politically motivated.

below is the paged court Documents of the case.