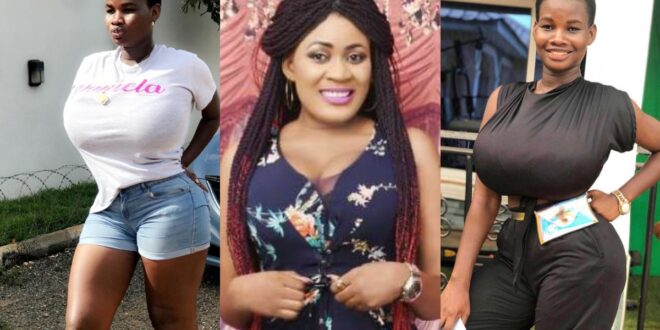 Nayas and Pamela Odame, the former friends who became rivals, have revived their relationship.

After Nana Tornado appeared on Nayas’s show, the friendship between the pair turned bad, disgracing Pamela Odame that she had a one-night stand with her while she was an Osu prostitute.

allowing Nana Tonardo to disgrace her, Pamela got annoyed with Nayas because she was such a big sister to her.

This later culminated in a severe beef where the two cursed one another .
Finally, during a live interview on Kingdom+ Fm, Nayas admitted her error and duly apologised to Pamela Odame.

Pamela heard the apologies for her ‘sister’ met her at the Kingdom+ studio to embrace her and apologise for her curses as well.

Nayas shed tears when she and her ‘great sister’ made up at last.