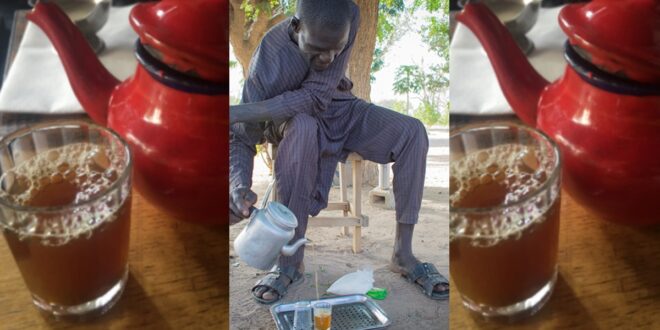 The Ghanaian ministry of health has been ordered by the ministry of national security to withdraw a common green tea brand, ‘Ataya’ from the Ghanaian market due to its unfitness for public consumption.

According to a letter intercepted by Ghanaweb on March 12 2021 sent to the minister of health, the ministry of national security reported that it had received information suggesting that the Burkinabe chamber of commerce had warned the public against the consumption of an unwholesome Chinese green tea brand called ‘Achoura’ in February.

The chamber discovered that the food, which is very common in West African markets, contains pesticide residue and requested that it be removed from the market to protect customers.

The minister for national security, in a letter signed by Albert Kan Dapaah, requested the minister of health to take immediate action to discourage widespread use of the substance.

In west African countries such as Mali, Niger, Ghana, Togo, and the Ivory Coast, ataya is very common. Many Ataya consumers in Ghana come from the north, from Zongo families, and, until recently, from urban areas such as Kumasi and Accra.