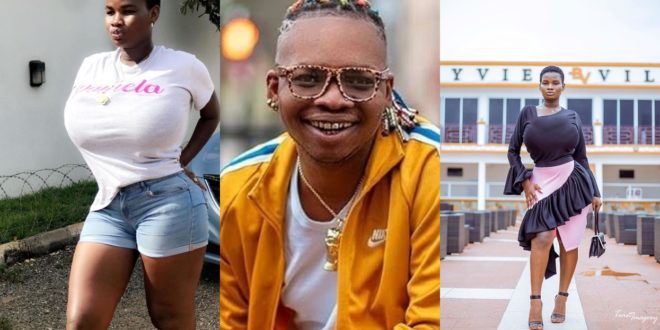 Nana Tornado exposes Pamela Odame; says she used to be a prostitute

The infamous actor and self-acclaimed atheist, Nana Tornado has set fire into the camp of the Busty popular video Vixen and actress Pamela Odame Watara after disclosing a disturbing secret of the later on a live TV.

According to Nana Tornado while speaking on the Nayas Adult Show aired on Kantanka TV, Pamela Odame was a big-time prostitute before shooting to stardom and that he had a one-night stand with her once at Osu.

Tornado said during that time, Pamela told him she was a Kenyan and that she couldn’t speak Twi. They had sex the first time they met and added that he had to dump her since Pamela is a fake.

“I had a one-night stand with Pamela Odame, she was a prostitute. She told me she was a Kenyan and I believed her,” Nana Tornado said. “it was about 2 to 3 years ago. I showed interest in her but I later realized she is fake. I looked stupid when I saw her on TV because she lied to me”.

He dared Nayas to call Pamela Odame on live TV and inquire whether she knows him or not.