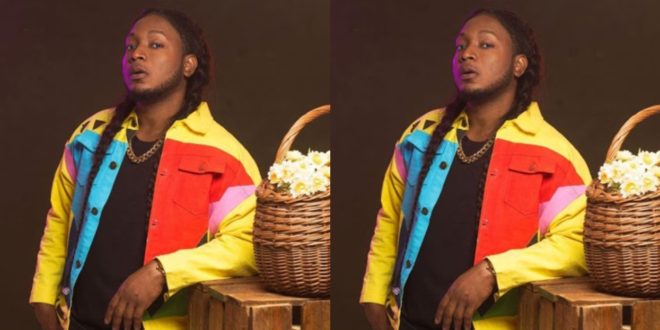 Nana Boroo: “I am the president of slay queens and kings in Ghana”

Ghanaian hiplife artiste, Nana Boroo now Berose 3sixty has self impose himself as the President of Slay Queens and Slay Kings in Ghana.

A slay queen or King is a man or woman who chases after rich people in society for their money in exchange for sexual pleasures – Apparently, It is prostitution on a whole new level.

Nana Boroo, who was speaking on Mcbrown’s kitchen in a recent interview, stated that the Slay Queens and Kings in Ghana have been stereotyped for a very long time and he is to change that with his new presidential position.

The veteran singer has of late been criticized due to his rebranding which did not only happen to his name. He went off the scene for some time and upon returning, he came with a new name, a new look, and also an awkward way of life unfamiliar to his fans and Ghanaians.

Speaking on the impact of his rebranding on his life during the interview, Nana Boroo revealed it brought him a lot of good things but was fast to lament the fact that Ghanaians are having a hard time accepting the new him.

He also lamented his change of look and recent wearing of wigs sometimes has got many questioning his sexual status. Nana Boroo stressed that he is still straight and he loves plus size women.

With all these downsides, the ‘Aha ye De’ hitmaker is still optimistic about his new brand – he said it will one day create an awareness of the need to respect those who spend a lot of money taking care of their skin, their hair, and also on their clothes.