Mona Gucci of Kantanka TV after visiting United Showbiz as a guest made a few accusations against Nana Ama McBrown’s marriage.

Mona Gucci spread out during an interview with Rashad of GHPage, alleging that Nana Ama McBrown’s husband had an affair with her friend and is now having problems with her marriage.

This came after she mentioned the name of her law school, Mona Gucci thought Nana Ama McBrown and the other guests on United Showbiz were ganging up against her on the show because of the way they investigated her.

Nana Ama McBrown has replied in a way that is quite difficult to comprehend, seeing this accusation in the news.

A screenshot of the news reported by Ghpage was taken by the actress and TV host and posted on her Instagram story without saying a word.

This got social media users confused as they sought to interpret the actions of Nana Ama.

The screen goddess is known to answer in a mature, savage, and intelligent way to any of these things, but with this response of hers, she has every cracking of her head to try to grasp what she was actually trying to say. 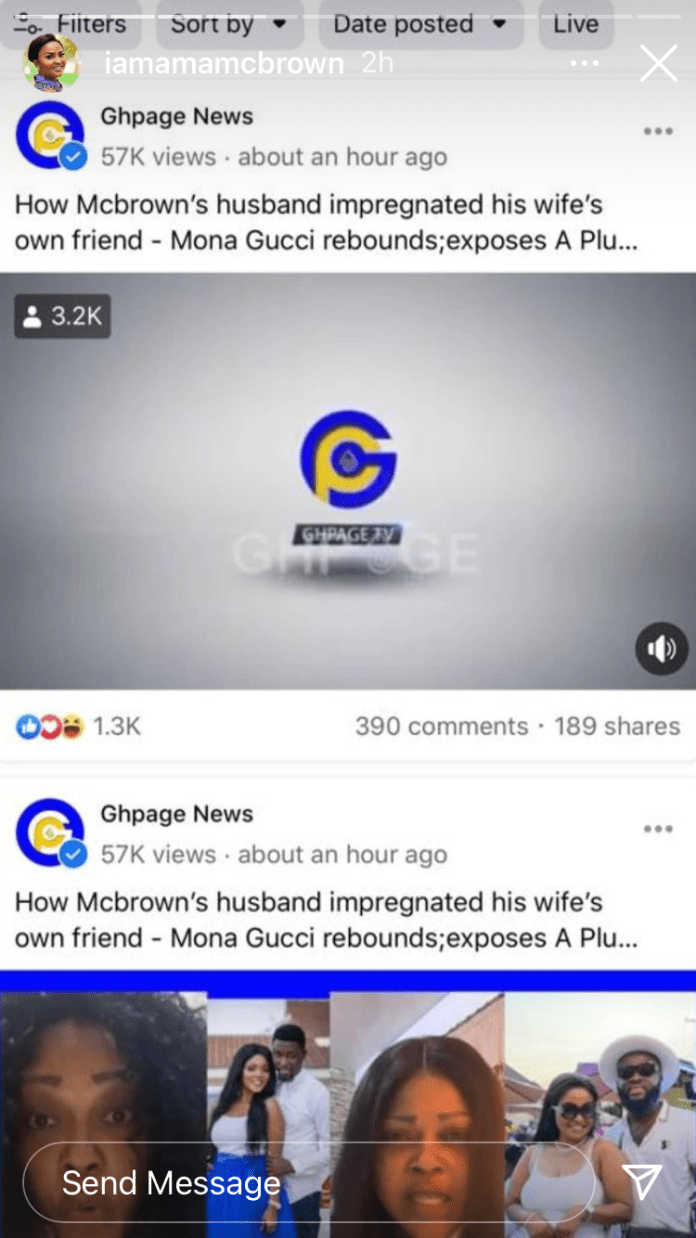