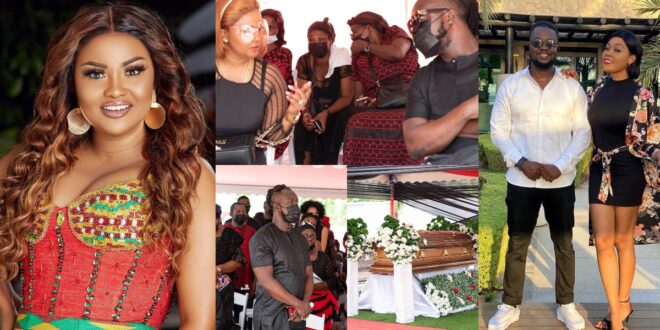 During Eddie Nartey’s wife’s funeral, actress Nana Ama McBrown expressed words of encouragement to him.
Eddie Nartey and his family have been struggling with heartbreak for the past two months following the death of his beloved partner.

Nana Ama McBrown, a well-known Ghanaian actress and TV host, was among the celebrities who attended the funeral to pay their respects to the producer.

Eddie Nartey received several words of support from Empress Nana Ama McBrown after the death of his wife.

watch the video below