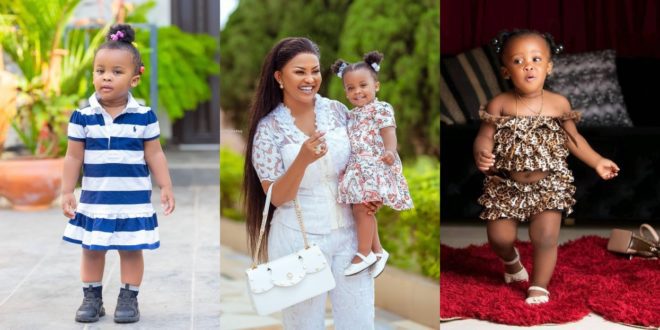 Popular actress Nana Ama McBrown came under social media criticism after giving out a stern warning that she would not tolerate any teacher who would touch her daughter, Baby Maxin if she starts schooling.

She aired this during an interview on Kingdom Plus FM where she added that she would not hesitate to shut down the school if such a thing happens because her daughter is her world.

“You let any teacher try it. Let someone try to beat my daughter. I will close down that school,” she stated firmly in the Akan language. Her assertion brought her into the books of social media trolls who kept dragging her for saying that.

Well, Nana Ama Mcbrown has reacted to the criticism against her and according to her she made the comment in a good faith but didn’t expect Ghanaians to react in such way.

She went on to explain that her comment was in reference to the grand rule laid down by the Ghana Education Service (GES) on coporal Punishment as we all know Caning is prohibited in all Ghanaian schools.