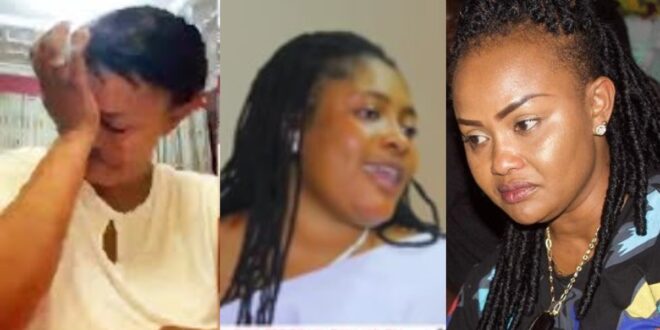 Nana Obaapanta, a beautiful fetish priest, claims that an actress came to her for a baby.

She said in an interview with Oman Channel that the said actress is a well-known actress who has been looking for a kid for a long time.

Nana Obaatanpa claims that after assisting the actress in conceiving and giving birth to a baby, she would settle the gods.

When asked who the individual is, she says it is a well-known actress, but she would not say her name for some reasons.

The host inquired if it was Nana Ama McBrown, who matched the definition, but the fetish priestess declined to comment.

The presenter of Oman Channel claimed that it could not be Nana Ama McBrown because she could not do it, to which Nana Obaatanpa answered, “really?”