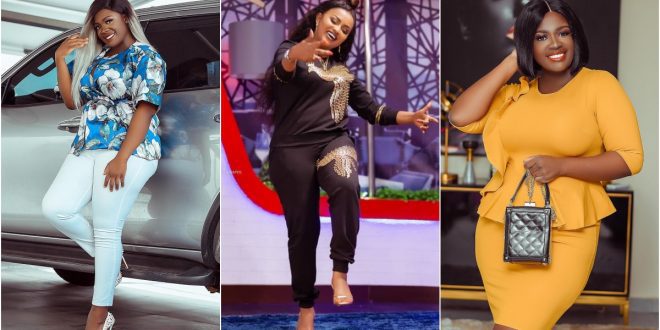 The Kumawood actress Tracey Boakye has finally responded to critics who are spreading that she is copying every move of her colleague actress, Nana Ama Mcbrown.

Tracey Boakye has been through a lot following her second childbirth as a lot of social media users have been on her. Recently they accused her of copying Nana Ama McBrown of how she promoted her baby to acquire an ambassadorial deal less than a month after her arrival.

Responding to these accusations in an interview with Zionfelix, the mother of Two revealed that she is not to denier that, and there is nothing wrong if she tries copying her role model.