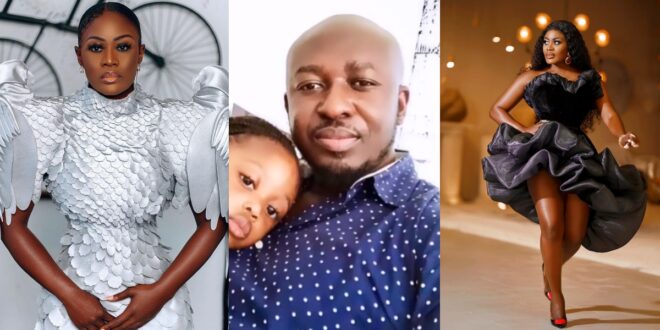 Nana Akua Addo admits that her husband cheated on her with another woman but she won’t leave her marriage. (video)

Nana Akua Addo, a Ghanaian actress and fashion model, has recently spoken out about the infidelity that plagued her marriage.

Nana Akua Addo disclosed that her husband had cheated on her with another woman in an interview with Zionfelix.

The star, on the other hand, did not want to go deep into the situation since she and her husband had children together.

She said that it was not her position to address the matter, but she acknowledged that the experience had a psychological impact on her because she never imagined it could happen.

CHECK OUT THE VIDEO BELOW: Let us jump to the 35th minute.

She went on to say that as the problem arose, it shifted the nature of her household, and she needed to get the best advice to avoid destroying her family.

Nana Akua Addo said she and her London-based husband were able to learn from the incident over time and are now doing well.

When asked if she had heard rumours that her husband’s infidelity had resulted in the lady giving birth to a boy, Nana Akua Addo again declined to comment, claiming that it was not her position to do so.

She did say, though, that when the topic first arose, she took into account the idea that there were children involved and, rather than becoming a challenge, wanted to be a solution.