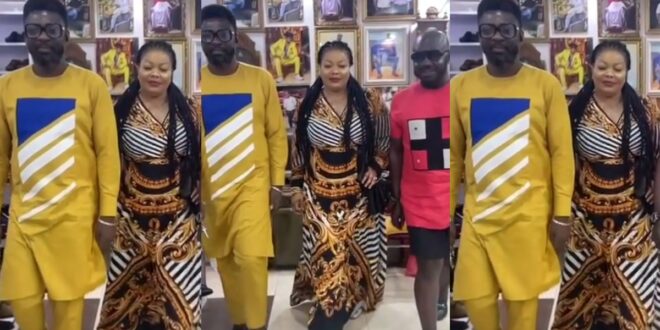 It is unclear when Agradaa was granted bail, but she is been seen in a new location, which suggests she was released on bail.

Agradaa and her husband are seen in the video meeting Richard Brown a.k.a. Osebo, a fashionista and businessman.

Agradaa was seen in a fine outfit with her husband to the right and Osebo to the left as they took several majestic moves together in the video sighted by Buzzgh.com.

The video first appeared on the Instagram blog Nkonkonsa, with a caption claiming that Agradaa had just been spotted inside the Osebo boutique.