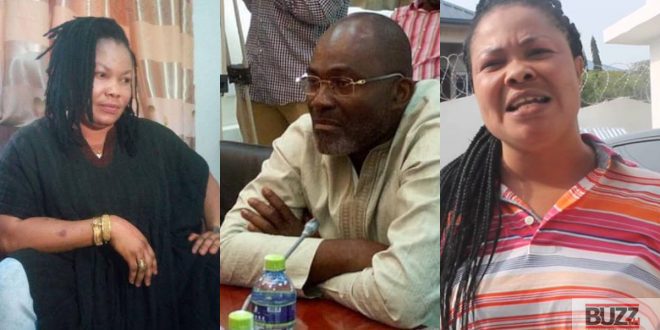 Popular Fetish priestess Nana Agradaa has finally opened up to accusations leveled against her by the Member of Parliament for Assin Central Hon Kennedy Agyapong.

in a short recall, Honorable Kennedy Agyapong on his TV station accused a popular priestess at Sowutuom of duping people and murder and other damning accusations.

though Kennedy didn’t mention the name of that fetish priestess people concluded that he is talking about Nana Agradaa.

well, after these allegations, Nana Agradaa has finally responded to Kennedy Agyapong in a recent video.

” I greet you Hon. Kennedy Agyapong. Akompreko. In fact Ghana is blessed to have you. Whoever that wanted to Pitch the respected Honorable Member against me has failed. Honorable is such a human. Such a hardworking man. Many read meaning into what he said that he will expose one spiritual guru at Sowutuom who has been involved in human sacrifices.The information given to him is not me Agradaa but rather a different person. Don’t ask me whether I’ve met him or not. At the right time, I will come out and talk more on it.”