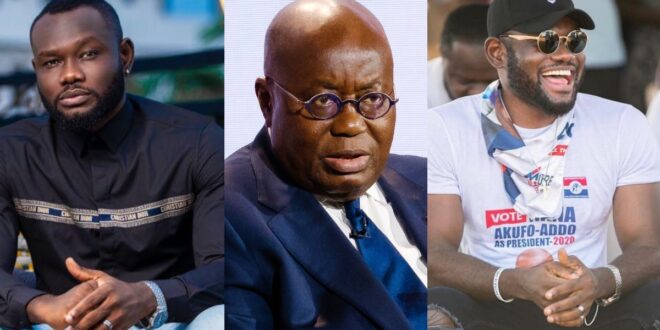 Prince David Osei, a Ghanaian star, has urged Ghana’s president to find other ways to recoup the money wasted on free water and power for people during the codvid-19 crisis in 2020.

According to him, several people, including himself, campaigned for Nana Akufo-Addo on the promise of free water and electricity, and that if citizens are taxed in the end, those who campaigned for the NPP would become oblivious.

He pointed out that, rather than taxing the needy, the government could collect funds for the codvid-19 reliefs by other means.

In a post on his official Instagram account, he voiced his views on taxation, gaining the respect of his supporters, who have described him as a selfless and brave leader.