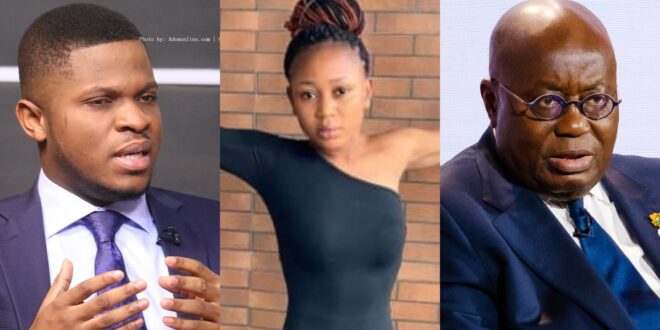 Sammy Gyamfi, the National Democratic Congress’s (NDC) National Communications Officer, has joined the bulk of Ghanaians in calling for Akuapem Poloo’s sentence to be commuted.

Rosemond Alade Brown, also identified as Akuapem Poloo in the entertainment industry, was sentenced to three months in prison for nudity and two other charges. On Friday, April 16, 2021, she was sentenced to prison by the Accra Circuit Court for taking a naked picture of her seven-year-old baby.

Akuapem Poloo was charged with publishing nude photos of herself and her seven-year-old baby. Before being charged, she revised her not guilty plea to guilty. Akuapem Poloo was sentenced to three months in prison, according to Sammy Gyamfi, the court may have taken into account that she is a first-time criminal who pled guilty to the crime against her.

“The sentence given to @IamAkuapemPoloo is very harsh and high-handed. Given the fact that she is a first offender, pleaded guilty, and showed remorse, a non-custodial sentence would have been appropriate. Sad! I [email protected] remits her sentence or pardons her,” he wrote in a tweet.