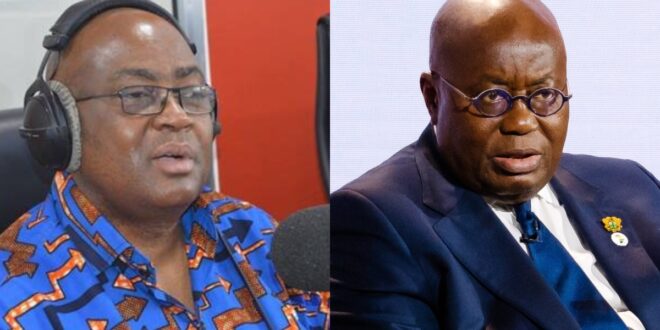 A renowned Ghanaian journalist, Ben Ephson has proposed that the only way to find a compromise to replace Nana Addo Dankwa Akufo-Addo as the flag bearer of the New Patriotic Party (NPP) in 2024 is for the outgoing President to quit office in 2023 as opposed to 2024 on health-related matters.

Speaking at Angel FM in Accra, he claimed that the Ashantis would not vote if Bawumia was to ever win the primaries. Similarly, if Alan Kyeremanten succeeds, the residents of the North will not vote.

“There is the only one possibility for consensus-building on a decision on who replaces Nana Addo Dankwa Akufo-Addo. The President has to step down on health reasons for Dr Mahamudu Bawumia to be sworn in as a President. Then Bawumia will pick Alan Kyeremanten as his Vice. I think Alan Kyeremanten will then support Bawumia during the party’s primaries,” he said.

“Ashantis will not vote if Bawumia wins the primaries. Also, if Kyeremanten wins, the people of the North will also not vote. They will trigger the perception that NPP uses the North and dump them as they did to Alhaji Aliu Mahama,” he added.