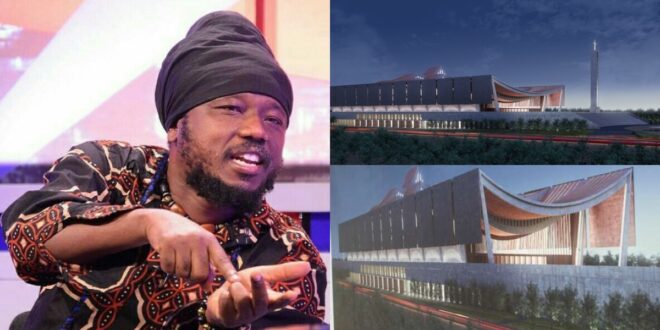 Blakk Rasta, a well-known Ghanaian singer, and media figure has voiced his disappointment with Nana Addo and his New Patriotic Party’s (NPP) government, citing Nana Addo’s desire to create a cathedral rather than factories that would help the general public.

He says that the president’s plan to demolish statehouses in order to create a cathedral has caused him sleepless nights over the past few days since it would not help the country develop economically.

On his Zylofon FM show, Blakk Rasta raged that since Nana Addo became president of Ghana’s 4th Republic, he has shown little respect for human rights, and that the duties of defending ordinary people seem to be the least of his concerns.

For those who are unaware, all buildings from Ridge Circle to the Scholarship Secretariat, the Judicial Training Institute at East Ridge, and the Passport Office have been demolished in preparation for the opening of Ghana’s Cathedral.