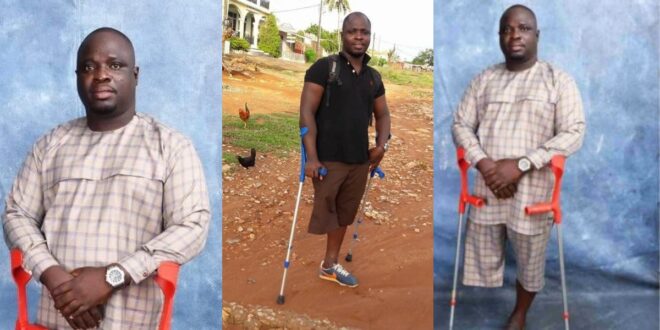 The Ministries of Information has finally revealed the official list of Prz. Nana Addo Dankwa Akufo-Addo’s ministers and regional ministers.

from the list, 30 Ministers and 16 Regional Ministers for the 16 respective Regions of Ghana have been appointed by the President.

among the list, a physically challenged man, Mr. Joseph Makubu, has been designated as Oti Regional minister.

Mr. Joseph Makubu is the current NPP Secretary for Oti Region. He’s also said to be a professional teacher who teaches in one of the government basic school(s) according to reports.

ALSO READ  "We are good again; love is sweet"- Efia Odo announces reunion with her lover.

below are his photos;