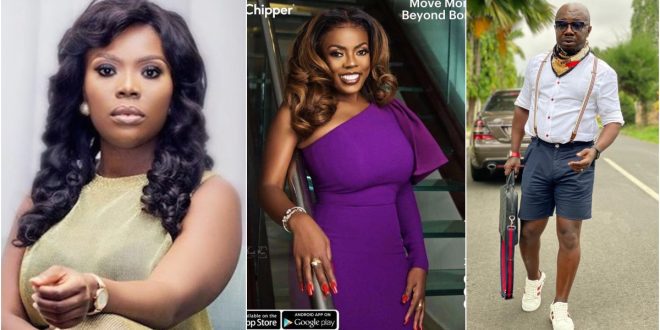 the self-acclaimed fashionista appeared on the Delay show and matters about his relationship with Nana Aba were discussed.

During the interview, Delay later stressed that Osebo should attest that he has gained the fame he has now due to the fact that he has a kid with Nana Aba but Osebo claimed that is not true.

She however advised Osebo to stop using the mother of one in gaining fame adding that Osebo wants to destroy the life of Nana Aba despite Nana Aba doing nothing wrong to him.

This nearly ended in a hotted argument as Osebo nearly got pissed by the direct attacks from the controversial host but was cooled down after a commercial break.