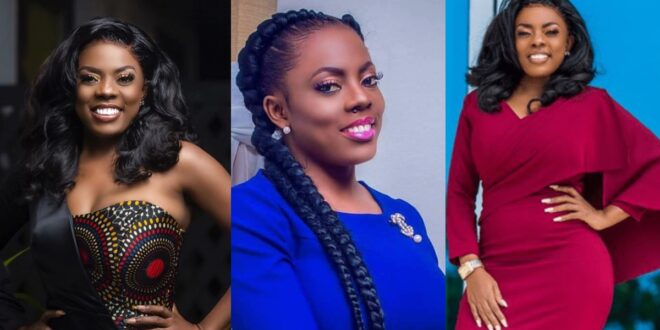 Nana Aba Anamoah, a multiple award-winning broadcast journalist, has been the victim of a con artist who almost defrauded her of $9,000.

Nana Aba described her experience on Twitter, saying she was able to collect $9,000 from friends out of the $13,000 needed for the operation, only to be informed by the hospital that they have no history of any patient like that.

Nana Aba, enraged and disappointed that someone wanted to take advantage of her benevolence, slammed the guy and begged others who do such things to quit.

“I’m so upset, frustrated, and angry,” she wrote. Taking advantage of someone is not a good thing to do. What makes you think you’d get me a forged medical report? I spent a whole week collecting money for you only to be told that the hospital had no record of you. Why would you do anything like that to me?

ALSO READ  Nana Aba Anamoah regrets after she was given lotto numbers which won but she refused to stake.

“It’s not at all equitable. Human beings are not treated in this manner. I haven’t done anything to deserve such deception. It’s not appropriate. I’m depressed. I’m really depressed.

“I don’t like it when people take advantage of me. If you’re broke, be upfront about it. Don’t tell me you need $13,000 for surgery and want me to annoy my good buddies in order to pay for it. Consider what would have happened if I had given this jerk $9,000. That’s something you shouldn’t do, right? It isn’t pleasant.”

Here are some of her tweets: