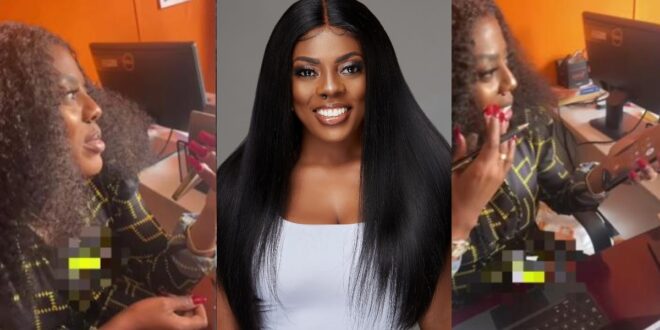 Nana Aba Anamoah regrets after she was given lotto numbers which won but she refused to stake.

Nana Aba Anamoah received lottery numbers over the phone, which were drawn today in the Monday Special edition.

Nana Aba Anamoah posted a video of herself on the phone with a guy who sent her lottery numbers.

As Nana Aba inquired about where he got her phone number, he said he dialed it at random and it happened to be her.

Many people were confused when the numbers 19 and 32 were played.

Was it a fluke or a genuine occurrence?