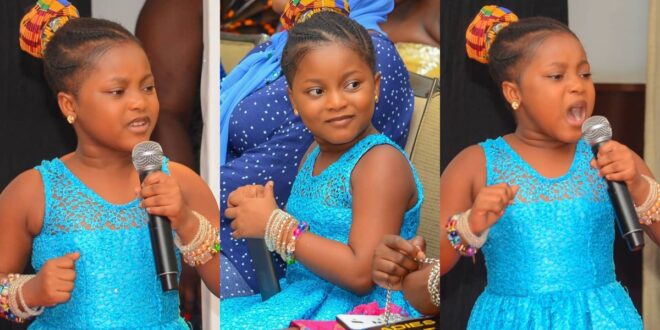 Nakeeyat, the mother of the 2019 Talented Kidz champion, has finally spoken out about rumours that she is bleaching her daughter’s face.

Nakeeyat’s mother has been accused of bleaching her skin after a picture of her with light skin went viral.

Her legs and feet seemed whiter than her face in the picture, prompting social media users to point fingers at her mother.

In answer, Nakeeyat’s mother claims that her daughter, like other girls, uses Baby Oil as a pomade.

She then shared some photos of her daughter on social media.