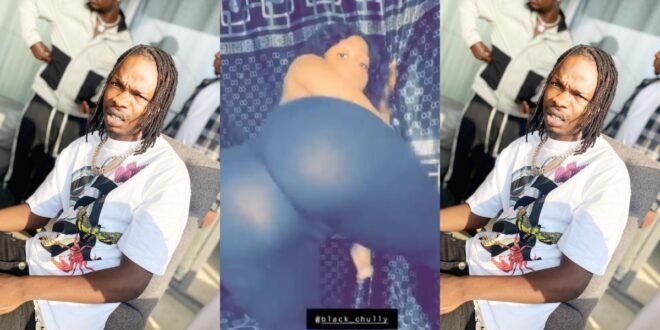 Azeez Adeshina Fashola best known as Naira Marley, a popular Nigerian singer has shown an interest in sharing sex with one of his fans.

Presumably, this fascination emerged when images of female fans twerking to one of Naria Marley’s jams being scattered across the internet. A woman can be seen tossing her ass in response to Naira Marley’s song “Chi Chi”.

Marley Naira, an interesting person who also has idiosyncratic thoughts is obviously attracted to the fan.

below are his tweets;