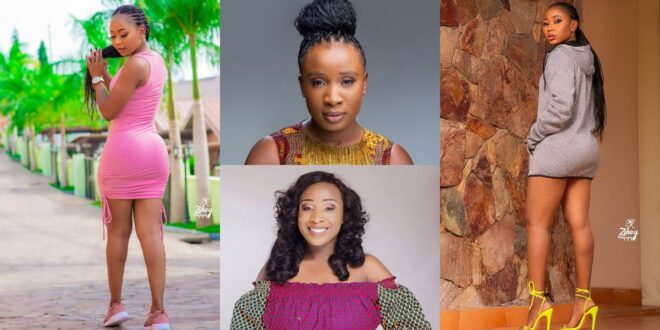 Akuapem Poloo, Ghana’s very own, has been painting the streets of Nigeria red with her craziness for a few weeks now, and we have been wondering who sent her there.

In a recent interview, the video vixen and influencer announced that she owes her trip to Nigeria to radio and TV host Naa Ashokor.

Naa Ashokor, according to Akuapem Poloo, was the one who introduced her to wealthy Nigerian businessmen so she could go get some money and make some deals for herself.

Poloo said that Naa Ashokor gave her phone number to these businessmen, who then called her to arrange a trip to the country to talk business and have fun.

ALSO READ  19 years old boy caught having s.3.x with a mad woman in the bush

She praised the presenter and explained how her trip has benefited her in respects that words do not express since she is now the Ghanaian ambassador to Nigeria.

We know Akuapem Poloo is crazy sometimes, but we have such faith in Naa Ashokor that we would not claim it was pimping, but it was a serious business.