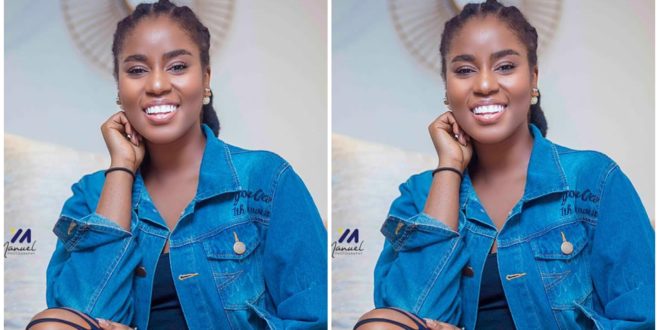 Ghanaian songstress Mzvee has – in an interview with Nana Ama Mcbrown – detailed the struggles she went through during the days she and her family were poor.

The singer never had her success on a silver platter and it buttresses the usual saying that behind every success there is unseen hard work, sacrifice, or persistence.

The DaaVi singer who was a host on Mcbrown’s kitchen show told host Nana Ama that she came from a very poor family. according to her, six of them used to sleep in a tiny room together and they could barely take care of themselves.

The singer who went dark some time ago after breaking with Lynx added that her mother, Florence Hamenoo-Kpeda decided to sell rice to support the family, and thanks to god, patronaged increased and she now runs three restaurants currently.

Mzvee also spoke about how her father, Ernest Hamenoo-Kpeda started from nothing and now owns twenty-one (21) spare parts shops at Abossey Okai in Accra.

Thouching on her music career, Mzvee revealed that she is currently working hard with her new management team to bring forth her lastest album dubbed “Invincible” in November.

WAtch the full episode below: