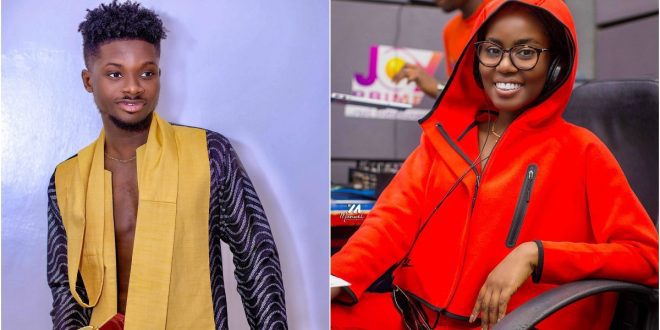 The  Ghanaian highlife and afrobeat artiste, Eugene Kwame Marfo, Popularly Known as Kuami Eugene has slammed those who claim the Former Lynx entertainment signee Mzvee is struggling following her exit.

According to Kuame Eugene who stands to defend Mzvee, she has stayed low to study the pattern of the Ghanaian music and to prepare a very huge banger that will reecho in the head and hearts of Ghanaian for a number of years.

He added that although Mzvee is currently not in the spotlight as her fans were expecting after her exit at Lynx Entrainment but all the same he believes she will re-gain her charisma with time.