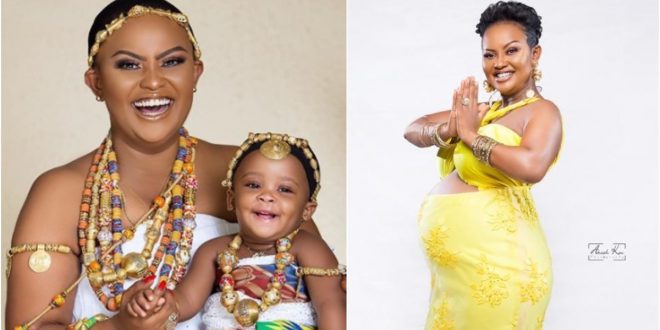 Speaking on an interview with Berla Mundi on TV3, she revealed she had her womb washed close to 6 times just to see her self conceive. the celebrated actress stated that she tried a lot of options that failed but she never gave up on God.

she added that she resorted to In-vitro fertilization for more than once which all failed before she finally got pregnant.

She added that she getting pregnant came as a surprise to her because she had already made up her mind to adopt a baby should she fail to have one of her own at age 45.

She was however lucky God placed a smile on her face before that time and she can now boast of having a pretty baby. Nana Ama Mcbrown stated that there is still hope for everyone who really trusts in God because He did it for her.