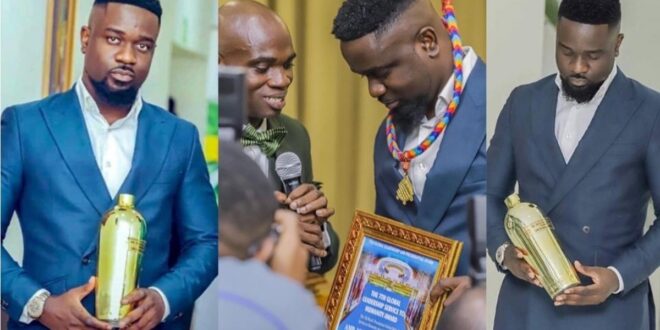 Mr. Fudjour popularly known as Dr. UN was the talk of town some time ago after an award he gave some top celebrities in Ghana was said to have been fake.

In an interview with Ghpage, he has shared a painful story of how his wife left his marriage after Sarkodie and his fans descended on him on social media.

According to Dr. UN, his wife left behind their 2 years old daughter and he has been taking care of her ever since.

Dr. UN added that Ghanaians do not respect him but he is very credible and important in Ethiopia and South Africa.

wacth the video below.