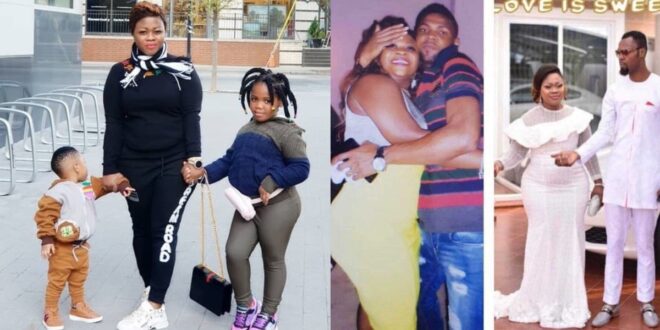 Rev. Obofour has reported that during sex, his wife bites him while củmming.

On Valentine’s Day, the lead pastor of the Anointed Palace Chapel made this clear.

As special guests of the Duvet Show is Valentines Day version broadcast on GHOne TV, the man of God and his wife were asked by the host who screams between them throughout intercourse.

Rev. Obofour said his wife does not scream in answer to the question, but she bites him while c ⁇ m ⁇ ng.

He even spoke about how his face frowns when his wife refuses him a meal between her thighs.