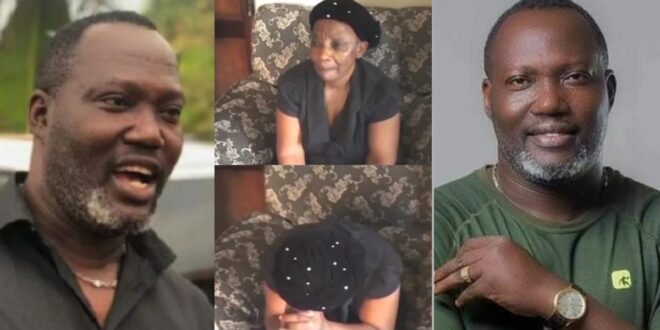 Maame Yaa Konadu, the mother of late Kumawood actor Bishop Bernard Nyarko, has revealed that her son always visits her in her dreams to tell her that he is in a better position in heaven.

Since Bishop Nyarko’s death on May 2, 2020, she claims he has appeared in her dreams to inspire her to be powerful.

She revealed this on Adom TV, noting that she is less devastated by his death now that he revealed to her during one of his weekly visits that he is resting in the bosom of the Lord.

The demise of my son has really left me completely shattered. I barely eat and anytime I sleep, he reveals himself to me in dreams, tells me not to be sad. Since his death, I have been seeing his ghost every day,’ she stated.

The late actor, who eventually became a pastor, was a well-known figure in Kumawood, despite appearing in films such as Ultimate Betrayal, Masakyere, Awurade Wo Nkae, The Family’s Pride, and Sidechic Gang. The actor was considered to be a father of three before his death, but his mother revealed during the interview that he had five children.

‘I only knew him to have three children until I returned from London and he told me he has a child who lives in Kumasi and he had named him after me. We went looking for the boy, who is four years old. ‘His other child, who came around during the one-week observance of his death, is 18 years old,’