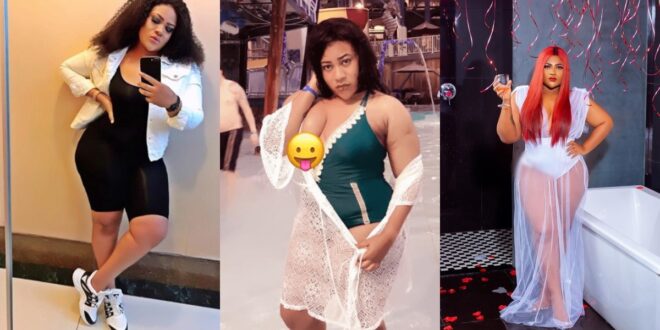 Actress Nkechi Blessing says she’s got the tightest pussy in the world.

The actress made an interesting comment as she reacted to the news of dumping his American-based boyfriend, Mike Adeyemi, for a mystery man.

The curvaceous actress asked her fans to ignore the report by stating that her malicious report had no effect on her. While she’s using the moment to advertise her delicious pussy.