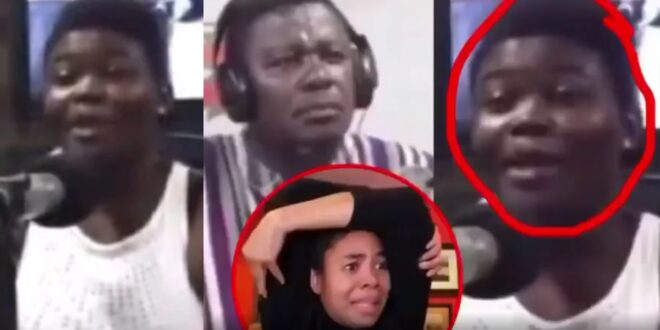 In an interview with Nhyira FM, a lady narrated what happened between herself and her mother. she said that it was a beautiful day when his father left for the farm, leaving her and her mother alone in the home.

She said she was just eight years old when she heard her mother calling her name, and when she went to answer the call, she saw her mother lying on her bed with a piece of fabric covering her private parts.

The lady went on to say that her mother took off the fabric and forced her to shift to the bed and that when she did so, her mother told her to finger her.
She obeyed her mother’s orders, as young as she was at the time, and she heard her mother moan.

watch her narrate her story below.