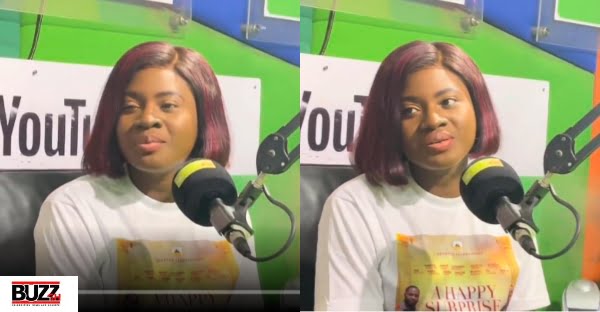 Martha Ankomah has revealed how her mother hit her with a cane at the national theatre just because she was not interested in her being an actor.

As a child, Martha Ankomah performed in a “concert” to further her acting career, but she said her mother never wanted her to be an actor and thus didn’t provide the support she needed. However, Martha Ankomah says her father was always there for her.

She claims that one day while she was performing at the National Theatre, her mother came over and beat her with a cane, telling her that they had paid her school tuition so that she could go to school and study not to be performing at concerts.

Martha Ankomah continued by stating that her mother first opposed her being an actress since they were not compensated as Nigerians did for their performers, but her mother has now recognized that it is not healthy to restrict your kid from showing his or her talent.

watch teh video below:

ALSO READ  "He gave me just Ghc100 for second hand clothes"-Kim Maureen exposes Starboy kwarteng after he said she was lazy.
Share