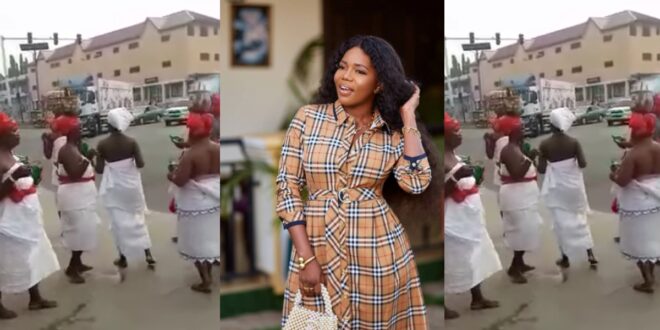 My Issue With Naa Ye Wei Have Been Settled – Mzbel

Renowned hiplife singer MzBel has revealed that she and Naa Ye Wei have settled their issues.

These two became seriously embroiled in a misunderstanding where contradictory accounts were told by both.

This confusion led MzBel to be cursed by Naa Ye Wei for lying and saying they were false.

MzBel, however, recently revealed during an interview that she had settled the problem with Naa Ye Wei and would not like to speak again about the issue.

below is er video;