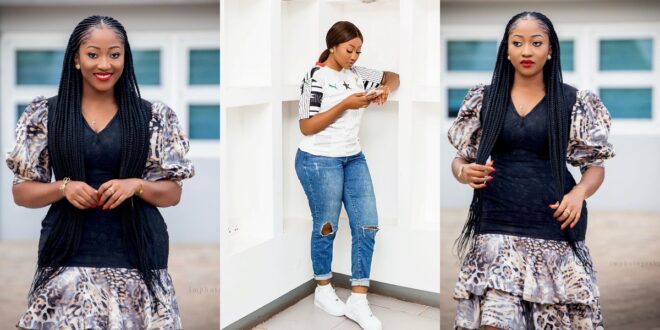 One of Tv3’s presenters Anita Akua Akuffo is a beauty queen. In the Miss Malaika Ghana Beauty Pageant, she was a finalist.

She rose to prominence when working with Ghone TV as the host of a fashion show.

She is unquestionably beautiful and speaks English fluently. Her contract with Ghone tv was eventually terminated, and she switched to Tv3. She hosts “The Ladies Circle,” “Covid 19 360,” and works on TV3’s entertainment desk.

In an interview with Delay, she revealed that most of her fans have been asking her to drop and no make up photo of herself.

She added that whenever she feels comfortable to post a no make up photo, she will do so but that time is not soon.

watch the full interview below.