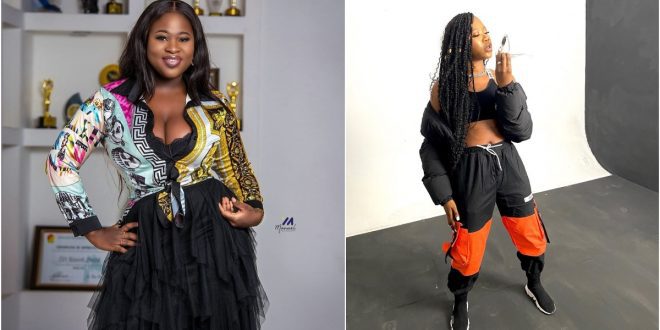 Freda Rhymz has finally admitted that the beef she has with Sister Afia and the Ghana rap queen, Eno Barony has caused her benefits in the sense that, she is now significant in the industry than she was.

According to her, she now has more followers on social media and also much subscribers on her YouTube channel, what she use to beg people to subscribe has now increased immensely.

Speaking on UTV’s United Showbiz hosted by Nana Ama Mcbrown, Freda Rhymz also admitted that Sista Afia’s WMT was not directed at her but she saw an opportunity to get Ghanaians to give heads to her so exploited on it.

Freda Rhymz was nearly involved in a physical struggle last week on the premises of TV3 after she was nearly attacked by singer Sista Afia, however, the singer (sister Afia) finally apologized for her untoward behaviour as she also made an appearance on the United Showbiz show.