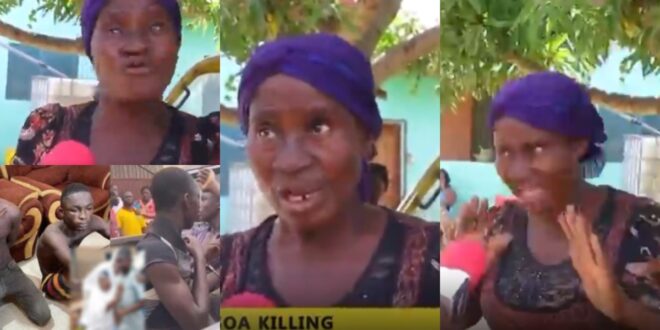 “My 10 years old son was the first person they planned to K!ll” Neighbor recounts how her son escaped teenage killers.

“My son was the first victim,” a Kasoa resident says of her son’s escape from the “sakawa” ritual.

A native of Kasoa, where a 10-year-old boy named Ishmael was allegedly ritually murdered, has recalled how her son avoided death.

Madam Tawiah said, “After my son declined to run the errand, Nicholas moved away to the next building, where they happened upon Ishmael and killed him instead.”